Our company was pleased this Spring to announce a 101,900 SF corporate headquarters for Nextiva, Inc., one of the nation’s largest business communications companies, chose Riverwalk for a new building, which will serve as the future home of innovation in Arizona. 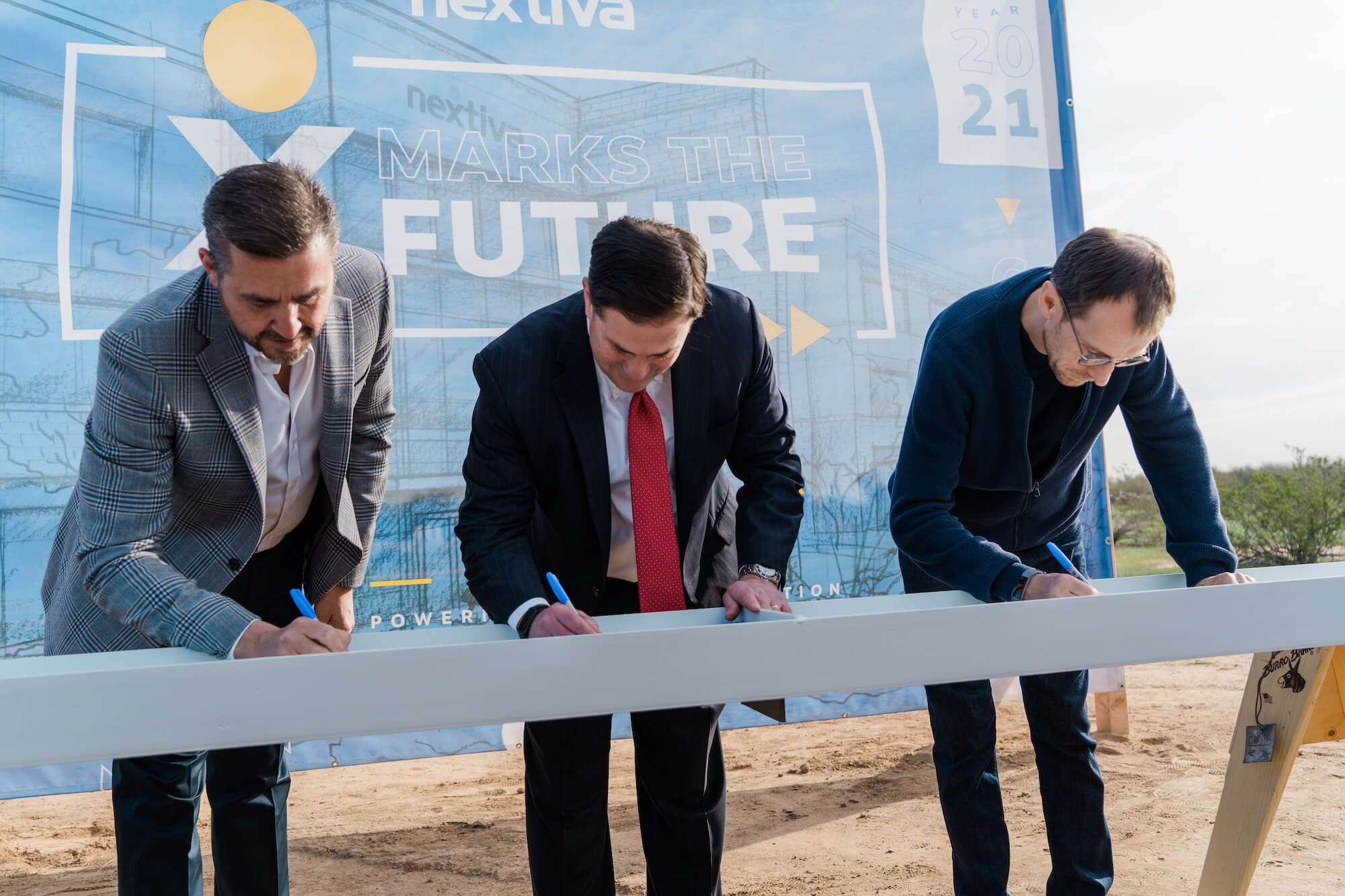 The flagship facility is under construction at 9401 E. Via de Ventura in Scottsdale, Arizona, within Alter’s Riverwalk at Talking Stick office campus (www.riverwalktalkingstick.com). To mark the event, Alter and Nextiva hosted a beam-signing celebration at the construction site, which featured remarks by Arizona Governor Doug Ducey and Nextiva CEO, Tomas Gorny.

With its staff doubling from 500 to 1,000 employees in the past two years, Nextiva is a powerful addition to the elite tenant roster at Riverwalk. The lease extends through 2028, with an option for adjacent land to develop two additional buildings. The new headquarters, which was designed by Ware-Malcomb, will feature collaborative spaces that foster creativity. Wespac serves as contractor for the project that will be completed in early 2021. Nextiva currently occupies 75,000 square feet of space at 8800 E. Chaparral Rd.

One of the country’s largest developments on Native American land, Riverwalk at Talking Stick will yield an estimated 1,500,000 SF of corporate office and retail space, and create nearly 15,000 new jobs. Riverwalk’s blue-chip tenants include GlobalTranz (www.globaltranz.com) and ICE (www.inceenterprise.com). Riverwalk is located on prime land owned by the Salt River Pima-Maricopa Indian Community, which is home to the Pima and Maricopa tribes, both descendants of the Hohokam. One of Riverwalk’s signature facilities is Rtech, Alter’s new prototype office space features 15’ tall ceilings, 7:1,000 parking, a spacious hotel-style lobby with a conjoined Starbucks coffee bar, a medical clinic and interactive seating areas.

Read more about it here in the Nextiva Blog, Business Communications.