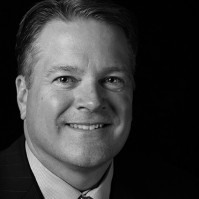 Location is Essential in the Highly-Competitive Millennial Job Market

The race is on for companies looking to attract young, talented employees. According to a recent study, Millennial workers place more value on a potential job’s location and amenities than young workers have in the past. No longer are recent college graduates simply content with moving to wherever they can find steady employment. This has led to an interesting development in the world of commercial real estate, as companies are beginning to develop their office spaces and move their corporate headquarters to more desirable locations to Millennials.

These locations are most often cities that are best able to cater to the live/work/bike/walk lifestyle desired by Millennials. Cities like New York and San Francisco have always been a popular choice for young talent, but now smaller cities such as Seattle, Portland, Denver, Minneapolis, and Boston have seen an increase in the relocation of company headquarters to their downtown scenes in order to increase their appeal in the Millennial job market.

Case in point: Fast-food giant McDonald’s confirmed in June that it will move its headquarters to downtown Chicago in 2018 to a building that developer Sterling Bay is constructing on the site of Oprah Winfrey’s former Harpo Studios in the Fulton Market District. Similarly, ConAgra moved to Chicago’s Merchandise Mart from offices in Omaha and Naperville; Wilson will move 400 jobs from its offices on the city’s far northwest side near O’Hare airport to downtown’s iconic Prudential Building at 130 E. Randolph St.; and Motorola moved 800 employees from Schaumburg to 500 W Monroe. All of these companies are hoping to better appeal to the Millennial job market.

Motorola Chairman Greg Brown said the company was lured downtown from the suburbs by the abundant talent available, as well as the notion of “a cultural transformation and the transformation of Motorola as a whole.” Brown added, “Where you work makes a difference. It just does. It matters. It’s good to be here.” All told in Illinois, nearly 50 companies, from Kraft Heinz to Motorola Solutions, have re-established their headquarters in or near Chicago’s Loop.

And there’s more: According to a recent report, Microsoft will be moving its Michigan offices from the suburb of Southfield to downtown Detroit. In Massachusetts, General Electric is moving its headquarters to a building along the central Boston waterfront. In Rhode Island, Hasbro has moved 350 jobs to downtown Providence. According to the U.S. Census Bureau, the number of metro area jobs located within three miles of downtowns increased seven percentage points between 1996 and 2013. The suburbs still have about three-quarters of metro area jobs, but downtowns are luring quite a few employers back.

“Probably for the first time in history, instead of people moving where jobs are, jobs are moving where the talent is,” says Tom Murphy, senior fellow at the Urban Land Institute and former mayor of Pittsburgh. Talking to Governing Magazine, Murphy explained it this way: “Municipalities used to offer the lowest tax rates and the biggest subsidies to attract companies. That’s no longer the case,” continued Murphy. “People want a sense of place with good public transit and a good mix of activities. Cities that are making those kinds of investments are probably going to be the winners.”

According to Resource Real Estate executive vice president Kevin Finkel, this shift is a positive development for the real estate industry. As he told Bisnow, “Where you have a lot of young, creative, educated people moving and jobs following them, it will have a positive impact on all [real estate], including multifamily,” Finkel stated. “It all starts with jobs.” It will be exciting to see what effect this new trend has on the downtown metropolis scene in the years to come, as more and more people in the Millennial job market and corporate headquarters are drawn to the same areas.