Could Wall Street Save the Housing Market: Part 2

My recent column on the Huffington Post reported on the advent on Wall Street into the housing market as companies like Blackstone and Colony Capital commit billions of dollars to bulk buying bank-owned (REO) single-family homes.

I agree that there are pros and cons to this program. The clear source of popular resentment is that the equity lost by homeowners as their home values plummet will be recaptured by large investors when they go to flip the assets once asset prices start to stabilize. Given the low cost of leverage and the low acquisition prices, the large-cap investor wouldn’t have to wait for prices to get back to par in order to make their targeted 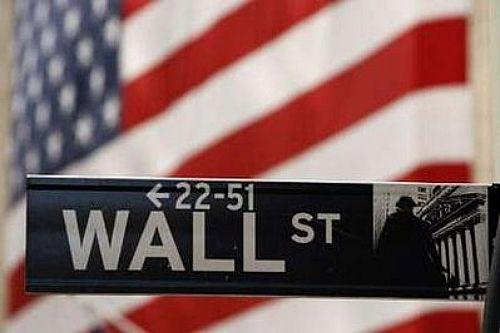 returns. So, is there another way? Well, yes. Homeowners could stay in their homes. That’s why the Obama administration created the Home Affordable Modification Program (HAMP) which has saved approximately 802,000 U.S. homeowners from foreclosure as of April 2012 – a worthy achievement but far from the 4 million expected and not enough to make a dent in the housing problem. HAMP was tempered by the lack of lender participation in the program. Of HAMP’s $30 billion budget, thus far it has only spent $3.23 billion.

To go back to the investment firms, remember that part of the strategy is to avoid evicting people from their homes. In the best of circumstances, these homes would be rented to their former owners who would also have an opportunity to acquire the home as the exit strategy. Each of these firms has their own strategy but I’ve spoken personally to private equity firms that are making a good faith attempt to prevent people being ejected from their homes for a simple reason – it’s preferable and cheaper than having to re-lease these homes. What are the alternatives? We could let the bad loans sit on the books of financial institutions which can cripple the credit system for years or decades (that’s what happened to Japan in the 1990s); or foreclosed homes can end up being acquired piecemeal in one-off or small auctions which isn’t efficacious in bringing back an enormous market. The argument to be made is that the Wall Street may be that critical intermediary step before the consumer sector is ready to take back the housing market.

A good analogy is what happened in commercial real estate. In 1989, the market hit bottom because of the Savings & Loan crisis.  S&L’s made hundreds of billions of dollars worth of loans on commercial real estate and saw asset prices freefall after Black Monday. Between 1989 and mid-1995, the government stepped in under the guise of the Resolution Trust Corporation which closed or otherwise resolved 747 thrifts with total assets of $394 billion. At the peak in early 1990 there were 350 failed savings and loan institutions under the agency’s control. Just like the GSEs today, they organized bulk sales of commercial buildings and loans.  Who bought them? Large Wall Street firms. It was an enormous transfer of wealth, no question,  but it also brought a new professionalism to the industry – portfolio-level strategy, transparency in pricing and underwriting, a new skill in operations, managing supply and demand, and accurate reporting. Our industry was transformed.  By the late 90s, asset prices shot back up and reached record levels. In 2007, when the recession hit, the industry was affected but far less than it would have been had it not been for how it had evolved. We simply didn’t have the levels of overbuilding that we did in previous recessions. And, incidentally, Wall Street allowed the person on the street into the industry.  The level of public ownership of commercial real estate today is unprecedented. For the first time, your 401K and stock broker could invest on your behalf in commercial buildings. And REIT stocks remain one of the strongest in all of the equity markets today. So, there will be struggles but the housing market will certainly benefit from this — the rigor and reporting that Wall Street will bring to the single family sector which will help make it much better prepared to face future recessions.