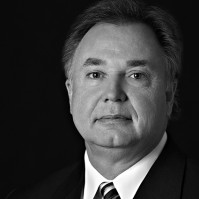 On the heels of the co-working boom, we are seeing the next wave of alternative occupancy by traditional developers.

Alter was a pioneer in bringing alternative officing such as large co-working facilities into trophy downtown office buildings – first at its 111 West Illinois facility and then at its 20 West Kinzie tower, both in Chicago. The latter was one of the city’s largest leases of the year at 105,000 SF. 20 West Kinzie is the former Chicago headquarters of Google.

Other developers are now jumping on the bandwagon by offering their own version of alternative officing. Firstly, we are seeing spec suites within traditional office buildings. Available on a shorter term (even month to month), they allow landlords to onboard startups and smaller firms with a view to scaling them up into permanent space as they add headcount. To help in the marketing of downtown San Diego’s Symphony Towers, the Irvine Company, for example, built out several ReadyNow office spaces. At 5,000-square-feet, each suite comprises open-office workstations, five private offices and a conference room. As designers Gensler describe them, they feature “custom-upholstered bench at reception, framed glazing systems at office fronts and a custom bar island provide a relaxed feel, punctuated by the occasional application of bright colors and unexpected details.” Prior to the renovation, this suite sat vacant for two years; upon completion of the spec suite, it leased immediately.

Then there’s the Airbnb effect: As we all know, Airbnb is an online marketplace and hospitality service, enabling people to lease or rent short-term lodging including vacation rentals, apartment rentals, homestays, hostel beds, or hotel rooms. Following their lead, third-party non-core real estate providers are offering up temporary spaces to companies that would have traditionally conducted business directly with the owner of the property. These third-party contractors offer need-based solutions on an event-by-event basis. These coordinators negotiate with hotels, event spaces and even country clubs to add them to their networks, and are then able to offer up a searchable database to clients looking for a temporary venue for an event, meeting, conference, or other corporate activity. Companies can view a space’s amenities and size, as well as connect with the owner of the venue. Bizly, for example, has signed up roughly 450 hotels, including major brands such as Starwood and the Four Seasons. The platform has raised $1.5M in venture capital and is undergoing another round of fundraising soon.